This post is an update as by 19th July 2014 on the number of listings here in Prague  that I published a bit more than a month ago. Unfortunately the numbers are not directly comparable as we got an about 30% longer time span – I was too busy the last week.

Here are the numbers for Prague 1 listings which might be a special point of attraction for future hosts.

During the AirBnB meetups last month and some other chats I’ve heard a number of reasons for the crazy growth in June. One I heard repeatedly was that people list their homes during the summer holiday season to monetize whilst they’re travelling – sounds unlikely to me but that would mean latest in August a non-growth or even less listings. However I’ve met a lot of people who just started hosting that month hence that is more likely to explain it.

Very interesting was also the opinion of some hosts who are longer with AirBnB that both June and July seem off-season because they experienced less bookings. Fortunately the city of Prague provides statistics so see for yourself: 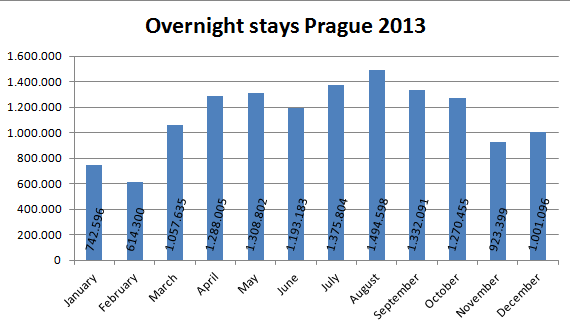